October 2009 WWF Everest Commission - Nun Monastery Deuche: There were to persons before. 2 persons has gone to Tibet. There are only 4 persons (1) Nawang Pamu (2) Mingma (3) Nawang Cheteen (4) Nawang Jemba other 6 persons would come here after border is opened. While asking whether Imja did not burst. They said if there is no dirt in the lake it will not burst when asked whether they do not get gear if Imja bursts. They said they too are human being as such fear is there. There is no any problem for them only for firewood. If there was heater it would be better. 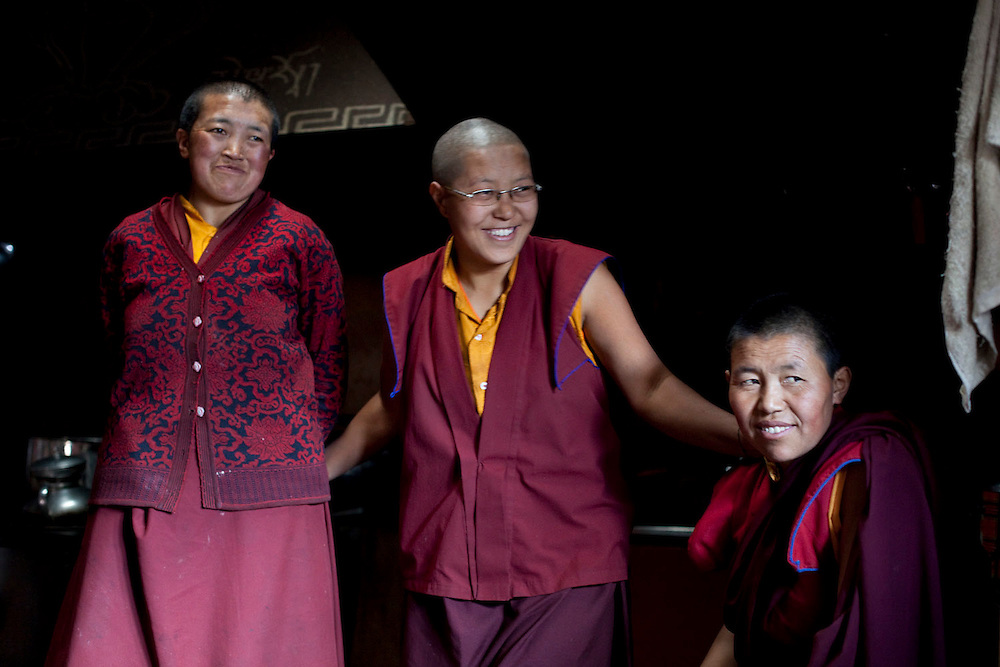