October 2009 WWF Everest - Village of Ghat with Dudh Koshi river and valley in back with Ang Kandu Sherpa - pictured with river in background what she saw during the Glof in 1985 - The water was rolling down the valley massive flood rolling down - all the cattle and livestock were stranded on the other side of the river ..Black water came rolling down and cut the banks into the farmland and caused the damage. She and all people who live along the bank of the river are worried and concerned about a possibility of a new GLOF - they are always on alert especially during the monsoon season. She is aware of Climate Change and thinks the erratic rainfall and untimely snowfall is due to Climate Change. It is having an effect on their livelyhood. especailly on their farming crops. In the offseason they do farming. The potato which is a staple crop dries up now in the Spring because the rainfall has decreased. She believes if this Climate Change phenonmena continues then there is an increased threat of GLOF ton the people living along the river banks of this river. 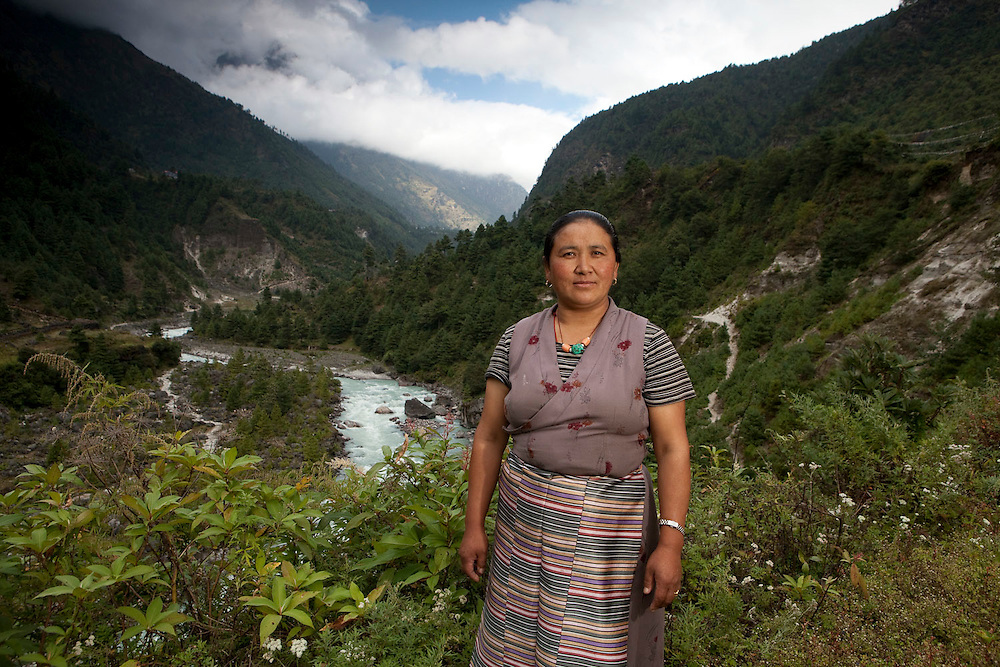