Nov/Dec 2011 - Stock photo shoot - Greenpeace Int - Transport, Travel - Manchester Airport in the City of Manchester within Greater Manchester, UK. In 2010 it was 4th busiest airport in the United Kingdom in terms of passenger numbers,[2] and the busiest airport in the UK outside the London region. It was also the 3rd busiest UK airport in terms of total aircraft movements, and the 24th busiest airport in Europe. .The airport has two parallel runways, three terminals, a goods terminal, and a ground transport interchange, including a railway station and is one of only 17 airports in the world with the highest 'Category 10' rating enabling the airport to handle larger 'Code F' aircraft.[8] meaning from September 2010 the airport could handle the world's largest passenger plane, the Airbus A380.[9]. On every flight to New York and back, each traveller emits about 1.2t of CO2, using Department for Transport figures. This compares to an average British personal total of 9.5t. To get down to a fair share of the world’s total, this must be cut by 87%, leaving 1.2t. Air travel is really worse than this because it puts out more pollution than just CO2. For example water vapour at high levels forms thin clouds that have a warming effect. We can see trails visibly blanketing the earth. This and other effects mean that air travel has more than twice the warming effect of the carbon dioxide alone. So each flight adds more to climate change than we should be emitting altogether. 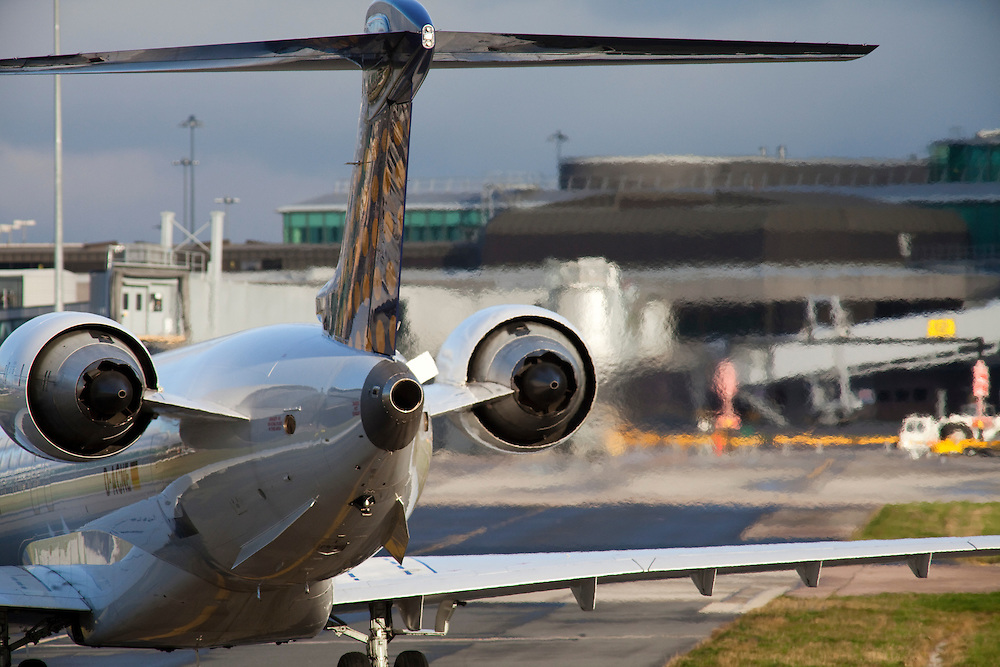