A French vessel rammed the Greenpeace vessel RAINBOW WARRIOR II and French commandos stormed on board, smashing windows on the bridge and throwing tear gas canisters. The RAINBOW WARRIOR had entered the 12 mile exclusion zone around Moruroa atoll in protest at the planned resumption of nuclear weapons testing by France at Moruroa. The crew of the RAINBOW WARRIOR were arrested and removed from the ship. South Pacific French commando seen from the side through the window of the bridge Accession #: 2.95.211.015.02 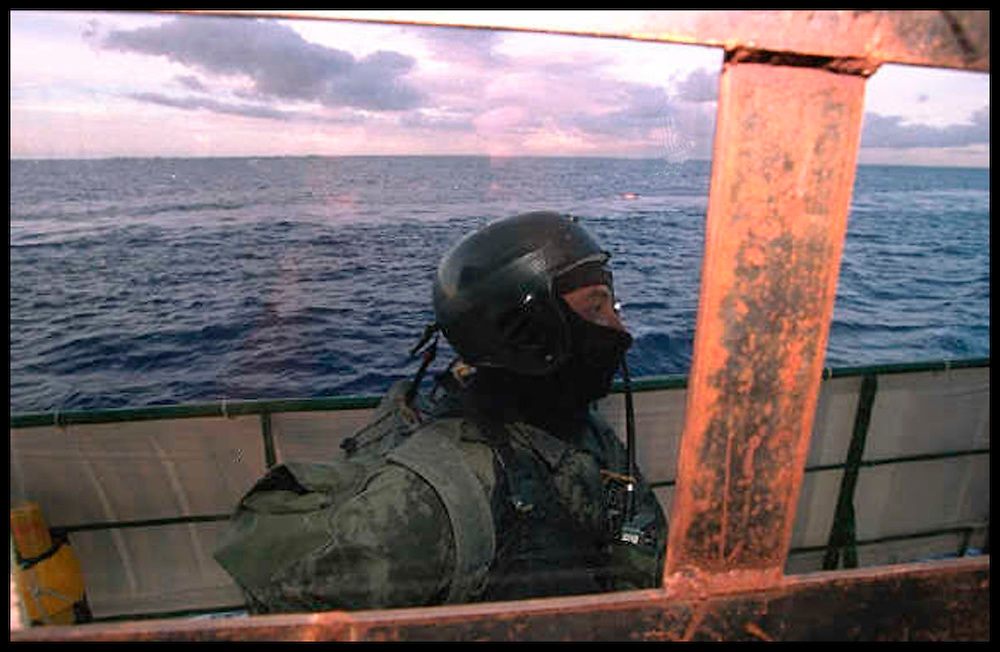